Inside People in an Outside World 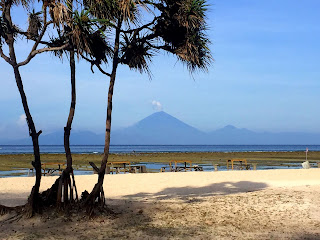 Mt. Agung eruption 2017.  I was staying on the island of Gili Trawangan as the volcano erupted in Bali, Indonesia. The event lasted a couple of days and put life on pause for about a week as we prepared for the potential for a larger eruption, which did not happen.    The following down-turn in economy due to media and false and late posts on social media lasted months and spanned across the thousands of islands in Indonesia. The world is beginning to have two new separate groups of people, who see the world from a very different viewpoint.   There are those who go outside and do things.   They go out to the park, to parties and attend events.   They love riding a bike, going on a hike, or dancing all weekend long at a festival.   They learn new skills like how to play a guitar to play with other people in a band. They meet new people, they travel, and they may enjoy the beach, the forest, or the desert.   They value experiences and conversations with people with diff
Post a Comment
Read more

The "New Helpless" World We Live in 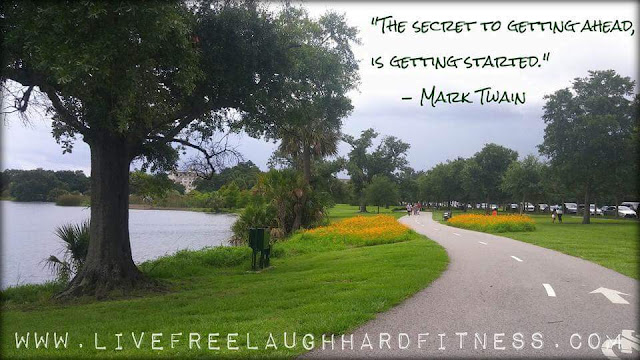 I grew up in Finland knowing a term that directly translates to "New Helpless" in English. This term was used to describe a phenomenon that was reported to be on the rise in Generation X. New helplessness referred to young adults who were moving out on their own just to discover that they were completely ill-equipped for "adulting." They lacked basic life skills, such as cleaning, cooking, and self-care because of either excessive pampering by their parents or simple laziness to learn. In today's world, we can add a third group of "new helpless" young adults - those raised by "new helpless" parents and thus lacking a role model for learning life skills. In my early teens, I heard a lot about the "new helpless" because my dad was a particularly harsh critic of these people he described as, "dummies whose parents did too much for them so they never learned anything and are now out there walking around with their t
Post a Comment
Read more

Learn What Step #1 is and then DO it! 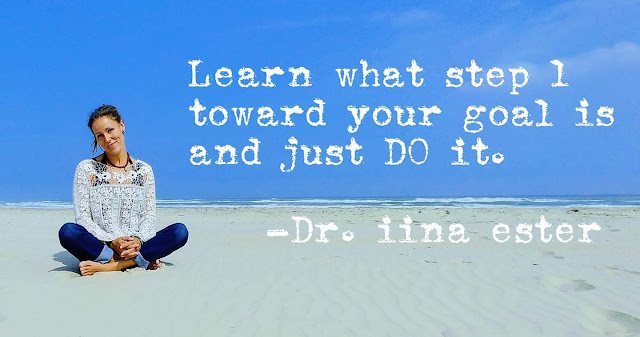 This morning, while training a client, I was reminded how language can mislead us or play tricks on our mental image of something we don't quite understand. As I was leading my client through stretches, I explained that the movements we were doing targeted our hip flexors and hamstrings and that ultimately the stretches could be used to gain flexibility to do the splits. She smiled and said, "Oh! I would love to learn how to do the splits" and I replied, "Well, these stretches are a great start. Just keep at it and do these several times a week." Her statement left me thinking about how often I hear people say, "I want to learn how to..." when the skill they are looking to learn isn't so much a matter of learning "how" but rather something that can only be gained by persistent training that develops the body.  Recently, at a consultation, a prospective student told me, "I want to learn how to do pull ups. I've tr
Post a Comment
Read more 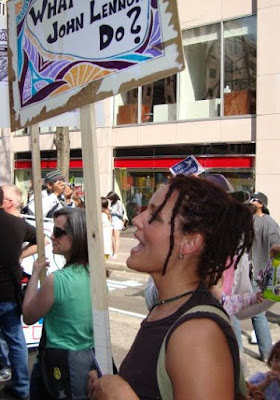 "Being Angry Isn't a Sign of Intelligence" - I found this note scribbled down in the middle of one of my comedy notebooks. I had written it down in 2011. At that time, I was coming out of a two year spin of depression. I don't know what exactly caused that depression because today it seems weird to me that I had ever felt that way but that depression was followed by a rather typical cycle of hopelessness, anger, and eventual acceptance and healing. At the time, I didn't know this was going on. I felt entitled to my mellow mood and mood swings. I felt certain that the whole world was a terrible, horrible place where I would, in fact, be a bad person, if I felt too good about my life. I didn't go to the doctor, I wasn't medicated, and I didn't go to support groups. I did what came natural to me - I got upset a lot, I cried, I wrote, I got drunk a lot, and eventually, I decided to pull myself up by my neck. I got up, I started exercising
Post a Comment
Read more 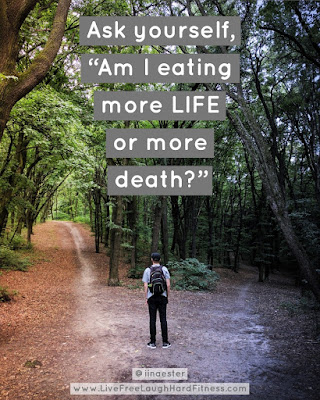 We have a state of emergency going on and no one wants to acknowledge it. Our diet is literally so bad that we are killing ourselves! Almost everyone is overweight or obese and as a nation our eating habits are so out-of-control and far off from what is scientifically considered a healthy diet that health experts, like myself, don’t even know where to start trying to change this behavior.  We have tried being nice about it and published public service announcements about eating at least five servings of produce each day. We have tried educational programs and pamphlets to tell people that their food is causing high blood pressure, high cholesterol, cancer, heart disease, stroke, diabetes, and all the other illnesses that are disabling or killing them. We have told people that they should get at least an hour of physical activity every day. Yet, some days, it seems that none of that is working and that all I can do is stand there in the middle of the street, looking up in
Post a Comment
Read more 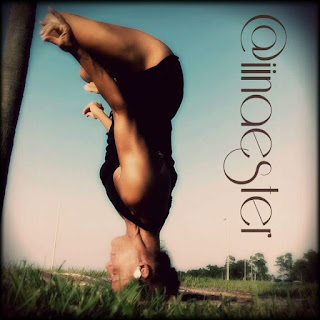 Have you ever seen someone fit in the gym, who despite all those muscles and their ability to stay on the treadmill running for hours on end, still look a little "off."  Maybe their posture is bad or their legs look skinny or they have a bird chest despite all that bench pressing. This is where proper form, muscle balance, and activation of the correct muscles for a specific movement come to play. All too often, I see someone doing a movement wrong. Some of them use tons of momentum to lift a weight too heavy for the muscles that exercise was intended to target. Others use their major muscle groups to plow through a movement that was intended to develop the finer, supporting muscles. I've heard the excuse, "I'm bulking up right now, so it's OK to sacrifice form a little. I'll work on that later."  What they may not realize is that muscles are highly specific in their action and range of motion. If you train in the wrong position or usi
Post a Comment
Read more 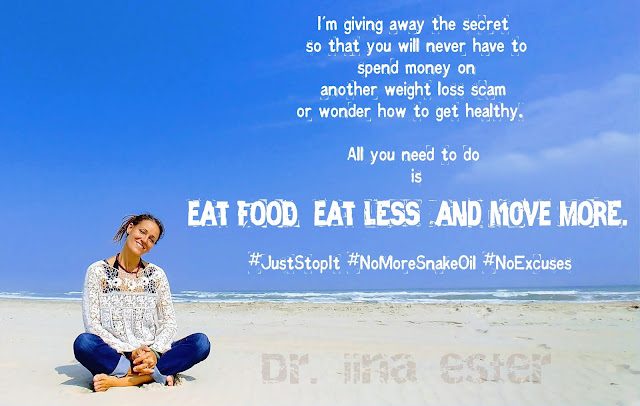 The current culture of political correctness and circling around issues to assure no one has a chance to find anything offensive in our words have me often feeling powerless. I want to help people understand health and weight loss and it seems that plenty of people still want to get healthy and would like to lose weight. However, I feel that it's just so easy to end up the target of an attack, if you give unsolicited or public advice. Your words can be taken out-of-context and your well meaning advice be labeled extremist. Yet, now at 42, my friends and family are getting sick. They're not just getting randomly sick either. They're getting the ailments that their lifestyle would predict. Those who always ate a lot of meat are getting cancer and they have intestinal issues ranging from constipation and diverticulitis, to IBS. Those who drank a lot of alcohol have elevated liver enzymes, cancer, and auto-immune diseases. Those who have been overweight get
Post a Comment
Read more
More posts